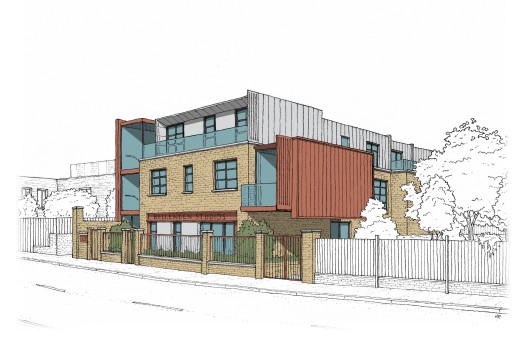 The mechanical, electrical and plumbing design of a venture to transform a former photographic studio into modern residential spaces has been undertaken by Syntegra.

Our team have been working on the site in Bellenden Road, Peckham, south London, where the original commercial building was demolished to be replaced by five townhouses and four apartments.

The new project includes a nod to the heritage of the original building with an industrial design encompassing large crittall-style steel windows to give the high-ceilinged units a bright outlook and modern, luxurious design.

Other design features also seek to combine the industrial past into 21st century urban living in the sought after suburb.

Syntegra MD Alan King said: ‘It’s been a privilege to work on this project which has seen the creation of stylish living quarters while not losing sight of the history. We’ve been able to showcase how modern sustainable MEP practices work well in schemes of this nature without them losing any of their character.’