Ivy House lies under the packaged cooling systems assessment since it has a number of VRV air source heat pumps and single DX split systems installed. Each of the VRV systems consisted of a Daikin VRV outdoor unit and indoor fan coil units. The ground, 1st and 2nd floors open plan and cellular office areas were served by the VRV systems. The single split systems served additional office areas and auxiliary areas at all levels. The air conditioned office areas on each floor are served by indoor fan coil units, which are connected to the VRV and single split condensers on the roof, via insulated refrigerant pipework. 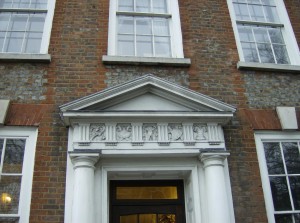 Syntegra consulting has managed to identify areas of improving the energy efficiency further of the building’s air conditioning system. Recommendations were made in upgrading AC equipment and control methodology. In addition, Syntegra investigated in improving the AC system’s efficiency further by recommending the use of LED lighting. LED lighting is the most energy efficient lighting technology compared to conventional technologies. Furthermore, LED lighting generates minimum heat, which helps reducing a building’s cooling load from lighting. Therefore, LEDs not only reduce the lighting electricity cost, but also the AC (air conditioning) cost of electricity due to reduced heat gains (cooling load).