Syntegra Consulting has successfully undertaken the Air Conditioning Inspection of Getty Images building in Camden town, London.  Syntegra undertook the ACI inspection of the old Getty Images building which is an air conditioned office building in order to lease it to a new tenant. The ACI report together with the EPC were required as part of the legal documentation for the lease of the building. 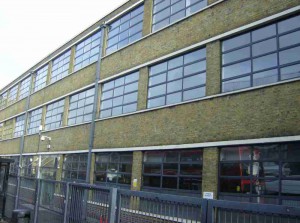 The Getty Images building inspected lies under the packaged cooling systems assessment since is air conditioned by a number of VRV and multi split and single split DX systems.

Syntegra consulting has managed to identify areas of improving the energy efficiency further of the building’s air conditioning system. Recommendations were made in upgrading AC equipment and control methodology. In addition, Syntegra investigated in improving the AC system’s efficiency and the building’s overall energy performance further, by recommending the use of LED lighting. LED lighting is the most energy efficient lighting technology compared to conventional technologies. Furthermore, LED lighting generates minimum heat, which helps reducing a building’s cooling load from lighting. Therefore, LEDs not only reduce the lighting electricity cost, but also the AC (air conditioning) cost of electricity due to reduced heat gains (cooling load). In addition, Syntegra managed to present solutions involving energy/heat recovery systems.

Moreover, Syntegra is following a holistic approach during the ACI site surveys. This means, that during the inspection other areas that will improve the building’s energy performance are examined. Such an area is the implementation of Low Zero Carbon technologies (LZC) aka Renewable Energy technologies. More specifically the possibility of implementing PV solar panels is examined. The utilization of PV (photovoltaic) panels can generate free energy from the sun and also provide an income to the building owner through the Feed-In-Tariff (FIT) scheme.