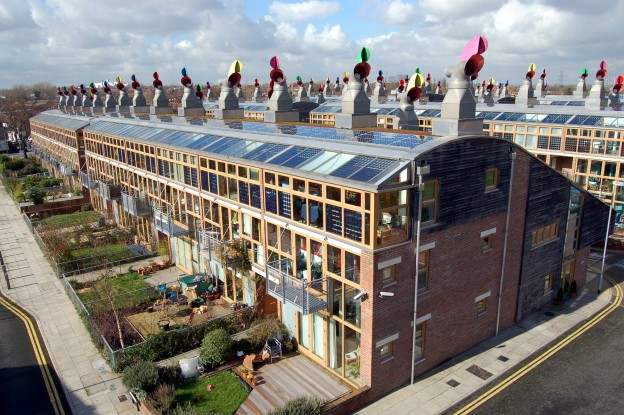 Last week saw The House of Lords vote for the reintroduction of on-site carbon compliance periods for homes; effectively blocking the Government’s efforts to scale-back or scrap green policies such as the Zero Carbon Homes standard.

The vote comes as peers urge policy makers to back up the commitment made by the UK at the recent COP21 summit held in Paris by making higher carbon standards mandatory as soon as feasibly possible.

The new amendment to the Housing & Planning Bill, which was approved by 48 votes at the Lords Report Stage, calls upon the Secretary of State to ensure “that all new homes in England built from 1st April 2018 achieve the carbon compliance standard”. Peers commented that the amendment has the potential to contribute significantly to meeting the UK’s CO2 emissions targets and help lower fuel bills.

Reinstating the Zero Carbon Homes policy has received strong cross-party support, as well as support from across the sustainability and house building sectors.

Julie Hirigoyen, CEO of the UK Green Building Council commented that “During the ten years prior to July 2015, the leading players spanning the house building industry – developers, product manufacturers, contractors and engineers – got behind zero-carbon homes, investing heavily and innovating to make it a reality.

“The unexpected and unwanted scrapping of the policy made a mockery of the Government’s green credentials, and demonstrated complete disdain for the quality of the nation’s new homes and the industry’s investment.

“Having supported the Paris climate agreement with much fanfare, cutting carbon from new homes and buildings will be vital to achieving our commitments. Re-introducing the zero carbon homes standard would be a clear next step on this journey, and would provide the certainty the industry needs to continue investing in new skills and technologies.”

The House of Lords vote is certainly welcome news after last year’s announcement the Treasury would be scrapping house building regulations, such as the planned increase in on-site energy efficiency standards, in order streamline development.

Last October saw strong criticism of the Government’s plans from house builders giving evidence to the House of Lords Committee on National Policy on the Built Environment, leading the committee to conclude that “We disagree with the Government’s decision to remove the zero carbon homes policy and the Code for Sustainable Homes. These decisions are likely to add to long-term housing costs through a reduction in energy efficiency, and we have heard no clear evidence that they will lead to an increase in house building”.

The move saw public criticism again at the start of this year, when the Solar Trade Association warned that the Government needed to urgently replace the scrapped Zero Carbon Homes policy to avoid locking-in higher carbon emissions and higher energy bills for occupants in the future.

This sentiment was echoed again less than a month later, as the National Policy for the Built Environment Committee argued the Government will create “future misery” for homeowners if it does not reverse the decision to scrap the Zero Carbon Homes requirement.