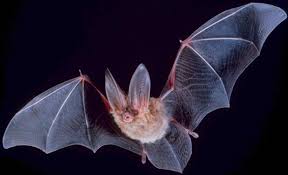 While not always at the top of a developer’s mind when renovating a site, in today’s planning applications, bats and other rare or endangered species are a material consideration.

Criminal prosecutions can be brought against builders who ignore the creatures’ presence and destroy roosts with unlimited fines and/or six months in prison the punishments available to the courts.

And a number of strict criteria set out in the Bat Conservation Trust’s guidelines have to be met before work can continue on a site bats are known to inhabit.

This time of year is crucial in terms of checking for bat roosts as surveys on potential sites can only be conducted  between May and August to check for what are called maternity roosts.

Two dusk and one dawn survey have to be conducted two to three weeks apart checking for evidence, such as droppings, urine stains, feeding remains, holes in walls or lifted roof tiles.

If evidence is uncovered, a mitigation plan has to be drawn up between the county ecologist and the developer to preserve or replace the roost as part of the construction plan.

Syntegra employs its own ecologist to undertake the surveys as one of our environmental services to help companies navigate the planning application process.

Trish, who graduated in zoology and natural resources management, said: ‘Sometimes developers need separate planning permission to damage or destroy a roost before replacing it as part of the overall project.

‘There are no shortcuts. The council needs to know if there’s a roost, all conditions of a mitigation plan need to be disclosed before a licence is granted and the county ecologist has to be on site when a roost is destroyed.

‘If a roost is found on the rear of a building, but work is being carried out on the front, for example, to avoid disturbing the bats, builders can only work outside times when they know the bats will be present.’

If a roost has to be destroyed, it can only happen from September 1st when the bats should have left, and a replacement one has to be ready for bats to use by the following April when they might return.

Ideally, the new one should be ready before the original is destroyed.

A ridge roost, used by the Pipistrelle breed, is one around the chimney area of a roof or under ridge tiles where they work away the cement.

A replacement roost can be constructed by leaving cement out from under tiles, leaving a two metre cavity extending into a void between felt and tiles for species such as the Horseshoe or Long-Eared bat or building a purpose-built garage or shelter on site. Bitumen not breathable membranes must be used in construction.

Trish said: ‘Part of any planning application is always around ecology and bats are protected under the Wildlife and Countryside Act 1981. Builders are fined if they ignore regulations and they have to put measures in place for the best outcome.

‘During the planning application process we look at all habitats and look for endangered species and if the site could host them.’

In BREEAM applications, authorities seek to enhance ecology and include purpose-built bat areas such as bat boxes, tubes in walls, and offset soffits by 20cm to encourage bats

Contact us today if you need advice or assistance in fulfilling planning permission or BREEAM process critieria and let Trish start her work during this critical calendar period.