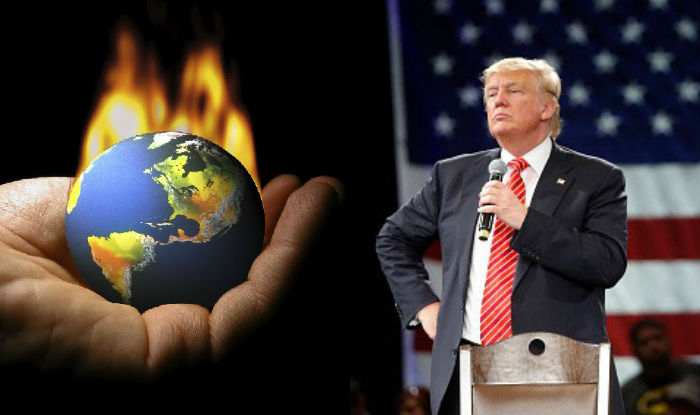 With all the drama and fall-out from last week’s UK General Election, the other momentous news appears to have fallen off our front pages and off the menu at dinner parties. 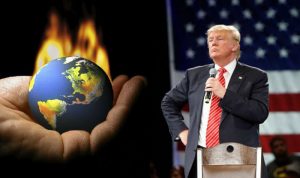 Donald Trump might just be thanking his new friend Theresa May for the convenient distraction to his announcement that he is pulling the US out of the Paris climate agreement.

But while the UK political system undergoes a generational change played out very publicly here at home, we would all do well to keep more than half an eye on developments across the Atlantic as future generations around the world could be potentially impacted by his decision.

On paper, it’s a disaster for the apparent leader of the free world, the man at the helm of the world’s number two emitter of green house gases (first place in this unenviable list goes to China) to pull out of an agreement, years in the making, signed by all but two countries.

President Trump has relegated his great country to sit alongside Syria and Nicaragua away from the other 194 signatories to the historic deal to reduce CO2 emissions – the former abstaining due to its long-running conflict and the latter voting against the final deal for not going far enough as it wanted legally binding limits rather than the voluntary ones signed off.

Among his reasons for the withdrawal, he reverts to his election campaign slogan ‘America First’. Yet his decision could isolate the US from the growing shift towards renewables and the potential economic benefits cleaner energy brings to communities. He could jeopardise its position of credibility and influence in this critical international political arena.

So, an environmental disaster waiting to happen…

While Trump has renounced the deal from a federal perspective meaning a lack of financial support for green energy funds and removal of focus from national goals to tackle climate change (he believes it’s a hoax created by the Chinese) many of those who wield REAL power, in people’s day to day lives, have stood up, rubbished their President’s decision and vowed to continue down the green journey many of them have already embarked on.

Tech giants Apple, Facebook, Google and Microsoft all urged him not to pull out of the deal and other big names which have voiced their support for the Paris agreement include eBay, Gap, Intel, Johnson and Johnson, Nike, Starbucks and Nike…the list goes on.

Alongside big city administrations, such as New York – and some unlikely bedfellows in the energy debate such as ExxonMobil, BP, Shell and even coal giants Cloud Peak Energy – they have stood up to be counted in the climate debate.

They have told the world they are already following the green route, they are fully behind the global movement to reduce emissions and the perceived irritation of their President disagreeing with most of the rest of the world on this fundamental point is not going to stop them in their tracks.

In announcing his decision to walk away,Trump famously said: ‘I was elected to represent the citizens of Pittsburgh, not Paris,’ yet immediately the mayor of said city, Bill Peduto, retorted: ‘Pittsburgh stands with the world and will follow Paris agreement.

‘As the mayor of Pittsburgh, I can assure you that we will follow the guidelines of the Paris agreement for our people, our economy and future.’

A victory for common sense, it would appear.

It might be early days in the aftermath of the announcement and the world is still coming to terms with its implications – plus it will take an estimated four years for a full departure to take effect.

But it is now incumbent on the international community to rally round, stick together and drive forward with the Paris Agreement and all the good it promotes for businesses and individuals to play their part and strive to achieve the collective goal of reduced emissions and a cleaner planet.

In this highly politicised era, it is easy to become entrenched in our ‘local’ politics, pick apart the nuances from the ‘he said, she said’ arguments and dwell on the ‘what’s in it for me?’ policy debates.

Former UN Secretary General Ban Ki-moon was right when he described the signing of the Paris Agreement as a “monumental triumph for people and planet.”

It’s not often in this world that so many countries agree on a common course of action. We cannot afford to miss the opportunity we have been given and allow the process which is just gathering momentum to be derailed.

There are a few political leaders licking their respective wounds right now – but sometimes it’s right to put politics to one side and really listen to the will of the people.

Mr Trump, are you listening?