In what is widely tipped to be the last budget before Brexit, the Chancellor made little mention of any major ‘green’ economic issues leaving the much-anticipated plastic tax the major announcement.

Here for you to digest over a quick cuppa – not, we hope, from a disposable cup – is a round-up of key policy changes that emerged from Philip Hammond’s red box and reaction to them from significant interest groups. 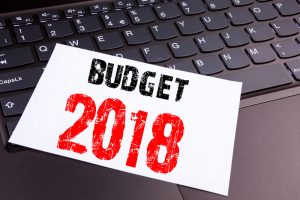 Plastic packaging tax
The UK will “lead the world in the crusade to tackle plastic waste”, the Chancellor said as he announced a new tax on the manufacture and import of plastic packaging “which contains less than 30% recycled plastic… transforming the economics of sustainable packaging”. A consultation on the detail and implementation timetable will follow, he said, although he also confirmed that a levy on disposable cups has been ruled out as the Government does not believe it is “effective in encouraging widespread reuse”, following a consultation on the issue.

Carbon price frozen
The carbon price rate will remain frozen at £18/tCO2 for 2020-21. From 2021-22, the Government will seek to reduce the CPS rate if the total carbon price (EU ETS + UK Carbon Price) remains high.

In the event of a ‘no deal’ Brexit scenario, the UK would introduce a Carbon Emissions Tax applying to all stationary installations currently participating in the EU ETS from 1 April 2019. A rate of £16 would apply to each tonne of CO2 emitted above an installation’s emissions allowance.

The Chancellor also revealed a £20million pot to support measures to tackle plastics and boost recycling, with £10m set aside for more for plastics research and £10m to pioneer innovative approaches to boosting recycling and reducing litter, such as smart bins.

A new business energy efficiency fund
The Government has pledged to introduce an Industrial Energy Transformation Fund to support energy-intensive companies to make the low-carbon shift and to reduce their bills through increased energy efficiency. The Fund will be backed by £315m of investment.

Fuel duty frozen again
Fuel duty was frozen for the 9th successive year, during which time, experts note, there has been a 4% rise in traffic as a direct result of the failure to increase fuel duty, with emissions growing by an extra 4.5 million tonnes during the same period.

Funding for air pollution and flood management
An additional £13m has been allocated to tackle flood risks and climate change, through pilot projects to ensure property owners have the best information on protecting their homes, and expanding the flood warning system to an additional 62,000 at-risk properties. There will also be £20m of extra funding to support more local authorities to meet their air quality obligations.

Oil and gas taxes maintained
Hammond pledged to keep tax rates at their current level, reiterating a pledge to make the UK a world-leading export on decommissioning oil rigs. The UK will consult on making Scotland a decommissioning expert hub, the Budget document says.

Investment in tree-planting
As part of the Tories’ 2015 manifesto pledge to plant 11 million trees in England, Hammond announced today that £60m will be sent on planting millions more trees across the country. This includes a £10m project to plant new street and urban trees, with the leftover £50m being used to purchase credits from landowners who plant woodland.

‘Reforesting Britain needs root-and-branch reforms in the way we use land, not just a few million quid for saplings,’ said Friends of the Earth campaign director Liz Hutchins.

• £1.6bn of new investments will go towards supporting the UK’s Industrial Strategy.
• Enhanced Capital Allowances (ECAs) are being extended for electric vehicle charge points to 2023.
• The Aggregates Levy rates will be frozen for 2019-20.
• A new National Infrastructure Commission (NIC) study on how to improve the climate resilience of the UK’s infrastructure will be published in Spring 2020.
• The Government will invest £2.4bn into the Transforming Cities Fund, with an additional £90m to trial new smart-transport technologies.

The Solar Trade Association’s chief executive Chris Hewett said:
“Investment in renewable energy has plummeted in the UK and largely for want of fair tax and market treatment. The Chancellor has again missed a vital opportunity to do the right thing, not only by the planet and the thousands of people who want to support clean energy, but by simple fair market principles.

“Solar is the biggest clean energy market in the world today and by putting obstacles in the path of this technology the Government is frustrating the urgent energy transition and putting British industries at a disadvantage in global clean energy markets.”

The Renewable Energy Association external affairs director James Court said:
“It is frustrating that another Budget comes and goes, yet the opportunity for the UK to be a genuine leader in crucial future technologies slips by. There is huge support for renewables across the country, parliament, and even within government, yet the Treasury continues to stymie the potential growth in this sector.

“Next to nothing in this budget will help build clean energy infrastructure we so desperately need, and in parts actively harms the industry. Carbon Prices frozen, tax allowances for energy products scrapped, and a continued block to market for the cheapest forms of electricity.”

PwC’s UK environmental tax leader Jayne Harrold said:
“The introduction of a new tax on the manufacture and import of plastic packaging with recycled content of less than 30% is a welcome move in promoting a change of behaviour to encourage the redesign of packaging and promote the use of recycled material. The measure is planned to take effect from 1 April 2022, this three-year time lag is to give businesses time to adapt and redesign their products.

“Given the broad public support for plastic tax measures, it’s a surprise to see rejection of visible consumption taxes on targeted items which are used on the go – the infamous latte levy. This seems like a missed opportunity to lead the pack and stimulate change.”

UK Green Building Council’s chief executive Julie Hirigoyen said:
“Three weeks after the IPCC’s landmark report highlighted the urgent need to tackle climate change and the subsequent ambitions announced by the Minister for Energy and Clean Growth, this budget is notable by the absence of any substantial clean growth measures. Indeed, a number of important policies have been hit, with the scrapping of Enhanced Capital Allowances, making it harder for companies to invest in energy efficiency improvements, and the Chancellor signalling his intention to weaken Carbon Price Support. This is at odds with the scale of the climate challenge and the urgency with which it needs to be tackled.

“In the absence of leadership on clean growth in today’s Budget, it is now more important than ever that businesses show real leadership in reducing emissions. The construction and property industry has a huge part to play; we urgently need to begin decarbonising our buildings on a path to net zero emissions. UKGBC’s Advancing Net Zero project is garnering cross-industry support for progressing action on net zero carbon buildings, and we will continue to engage with policymakers to ensure that the UK’s clean growth ambitions are realised.”