SuDS approval to be mandatory in Wales

SuDS approval to be mandatory in Wales

All proposed new developments in Wales must be signed off by the SuDS Approving Body (SAB) from January to prove that project designs are as sustainable as possible regarding the dispersal of water to avoid flooding and pollution problems at an early planning stage. 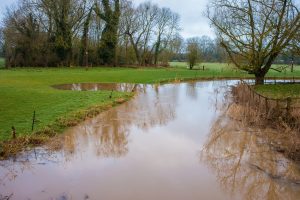 Current voluntary standards which apply to how drains are designed, constructed, maintained and operate will also become compulsory as the fast pace of developments continues to increase.

Core principles that must be followed under the new arrangements contained within the amended Flood and Water Management Act 2010 include:

• Water to be managed on or as close to the surface and source of the runoff as possible
• Ensure pollution is prevented at source, not rely on the drainage system to treat it
• Protect people from increased flood risk, and the environment from ecological changes in flow rates, patterns and sediment movement caused by the development
• Use a Management Train in series across a site rather than a single “end of pipe” feature, such as a pond, to serve the whole development
• SuDS should perform safely, reliably and effectively over the design life of the development. They must take into account the need for reasonable levels of maintenance
• Avoid the need for pumping where possible
• Be affordable, taking into account both construction and long term maintenance costs and the additional environmental and social benefits afforded by the system

In the case of any development for which there is an existing planning permission or for which a valid application has been made before the SuDS requirements come into force, SAB approval will not be required, potentially leading to a rush of applications by developers ahead of the mandatory rules coming into force.

However, the Welsh Government believe that developers will balance the avoidance of the need for approval against the benefits from the use of the SuDS approach and the advantages of the SAB being able to adopt the surface water systems.

All new planning applications made from January 7th next year will need SAB approval.
Developers, architects and planning consultants working with their clients on projects in Welsh Local Planning Authorities (LPAs) should start planning their SuDS approach now. Understanding site drainage and suitability for the diverse range of SuDS management measures is a key part of assessing how they will need to be incorporated on site.

While only Welsh councils will implement the new mandatory rules, English planning authorities are expected to be influenced by the ruling.

Syntegra’s Director of Civils and Infrastructure Arwyn Norris said: ‘More and more councils are requiring SuDS strategies at planning and pre planning and even minor developments are required to demonstrate SUDS feasibility. It’s a changing time that will lead to more complicated applications where drainage will need to become the forefront of considerations.’