Green investment at the heart of Budget 2021 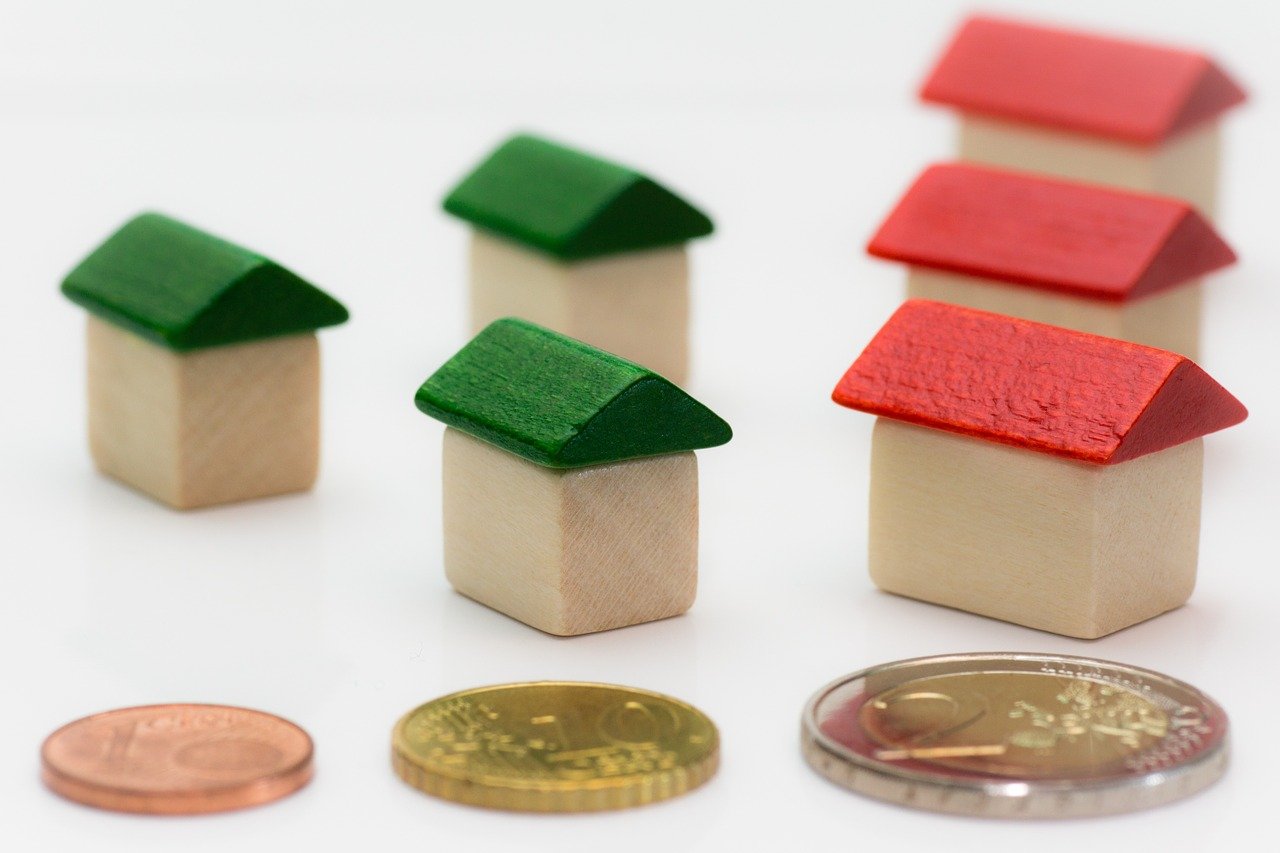 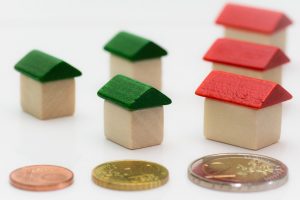 The Chancellor has vowed to put green investment at the heart of the UK’s economic recovery from the Covid-19 crisis.

In his Budget, Rishi Sunak unveiled the Net Zero Innovation Portfolio which will provide funding for low-carbon technologies and systems to decrease the costs of decarbonisation and help the UK reach its net-zero objectives.

The Net Zero Innovation Portfolio is a £1 billion fund to encourage the development of low-carbon technologies, systems and business models in power, buildings, and industry.

Funding is being made available for projects across Great Britain and Northern Ireland. Competitions will be launching throughout this year enabling companies to bid to access the Government funding.

Sunak also announced separate funding to support Scotland’s transition away from oil and gas, and more detailed information on the National Infrastructure Bank which will support the UK’s net-zero carbon goals.

“If we want a better future economy… we have to do things that have never been done before,” Sunak said, stating that the Government has “a real commitment to green growth” and “a real commitment to create jobs where people are”. The Chancellor went on to outline plans for an “investment-led recovery” in which sustainable businesses have a key role to play.

Ahead of the Budget statement, Prime Minister Boris Johnson said: ‘Green technology, going forward with the green option, is very often the best way to drive, drive jobs, and drive the economy. We can be the centre of battery manufacturing, we can be the centre of battery innovation in this part of the world. And, as I say, the Saudi Arabia of wind. That’s our ambition.”

Sunak also committed a further £375m for a new Future Fund: Breakthrough scheme which will  work with the private sector to invest in ‘high-growth, innovative UK firms’ including those in cleantech

Sunak confirmed that the National Infrastructure Bank will be supported by £12bn of initial capital from Treasury coffers and a further £10bn in Government guarantees. With this level of support, he said, at least £40bn of private finance could be unlocked.

The Bank will be based in Leeds and launch this spring, only financing projects that contribute to the ‘green industrial revolution’.

Chancellor Sunak told of how he expects sectors like renewable energy generation, R&D and healthcare to expand in the new freeports he unveiled.

And in what he called ‘a world-first’ that will ‘give people across the UK the opportunity to contribute to the collective effort to tackle climate change’, the Chancellor confirmed the launch of a new support scheme to help retail investors develop green savings bonds.

Under the scheme. retail investors will be required to invest bond funding directly driving the UK’s low-carbon transition, including renewable electricity generation and electric vehicles.

The Budget contains commitment to support the Able Marine Energy Park on Humberside and the Teesworks Offshore Manufacturing Centre on Teesside, both of which are developing offshore wind port hubs.

It also includes £4.8m of new funding for a Holyhead hydrogen hub, subject to a strong business case study. The Treasury claims that the project could support up to 500 jobs and become the UK’s first commercial scale green hydrogen plant.

Environmental groups and sector observers gave a mixed reaction to the statement, with many claiming the opportunities for a green build back did not go far enough.

RenewableUK’s chief executive Hugh McNeal said: ‘This is a big-bang moment for offshore wind manufacturing in the UK which will drive investment in a globally competitive domestic supply chain. The Government is putting its support squarely behind the kind of strategic approach to securing supply chain investment which the industry has been making the case for during our intensive work with Ministers to deliver the green economic recovery this country needs. This new funding to develop world-class offshore wind hubs in Teesside and Humber is a clear example of levelling-up in action.

‘There is a huge opportunity for the UK’s offshore wind industry not only to supply UK projects but also to export to rapidly growing global markets. Today’s new funding for port upgrades and the award of new freeports represent a huge boost to our export ambitions.

‘The next wave of renewable projects could inject £20bn of private investment into the economy and support over 12,000 jobs. Ramping up onshore and offshore wind, alongside hydrogen and other renewables, is the key to unlocking a rapid, low-cost transformation of the energy sector. We therefore welcome the new support for floating offshore wind and renewable hydrogen technologies announced today which will play a vital role in the UK’s net-zero transition.’

The Aldersgate Group’s executive director Nick Molho said: ‘Whilst today’s announcements set a useful framework towards economic recovery, there are a number of significant missed opportunities within key areas such as housing and transport that must be picked up in the Government’s upcoming net-zero strategy, which needs to provide a cross-economy roadmap to reach our net-zero target by 2050.’

Green New Deal UK’s co-executive director Fatima Ibrahim said: ‘Our response to the climate crisis should have been front and centre of the Budget, not a footnote.  Last month, Boris Johnson told the UN Security Council that climate change is as big a threat to world peace as war. Yet today’s Budget shows a decided dip in both rhetoric and action.

“The failure to reform and extend the Green Homes grant shows that this Government is not at all serious about tackling climate change or fuel poverty. We have some of the leakiest homes in Europe and every year tens of thousands are left to die in freezing cold homes. We need an army of retrofitters to insulate every home in Britain and create hundreds of thousands of good jobs. Considering the scale of the challenge facing UK housing, this omission is an outright failure.

“Green investment in jobs is the most effective way of getting the UK economy moving. We don’t have time to waste in creating the low carbon economy of tomorrow – the furlough scheme won’t be able to carry the full weight of job losses and businesses closures, while the climate crisis continues to worsen.’

Environmental Audit Committee chairman Philip Dunne MP said: ‘Only two weeks ago, the EAC warned the Government that time is running out to limit the effects of climate change. Expanding the remit of the Bank of England is a globally significant step in the transition to zero carbon. But despite constraints on the Chancellor’s scope for manoeuvre from the economic consequences of Covid-19, as this is the year when the UK hosts COP26 and the eyes of the world are on him, he has missed opportunities in other areas to put his stamp on efforts to grow back greener.’

He cited recommendations including reducing VAT for green sectors including energy efficiency upgrades and investing more significantly in renewable and low-carbon energy.

UKGBC chief executive Julie Hirigoyen said: ‘Beyond the opportunities for green investment offered by the Infrastructure Bank and new green gilt and retail savings product, this Budget appears to ignore the huge part that greening our buildings can play in delivering our post-Covid economic recovery. Tackling carbon emissions from buildings – particularly the existing housing stock – is not easy, but we cannot afford to duck the challenge any longer.’

Wildlife and Countryside Link chief executive Richard Benwell said: ‘The Chancellor has offered some green nuggets, but not the green recovery hoped for. He has not announced the investment or fiscal incentives needed to develop low-carbon and nature-positive sectors, which both have a huge potential for regional growth and long-term jobs.

“While a new green focus to the Bank of England’s remit is a positive move, we also need a sustained and substantial long-term investment plan from central Government for the natural environment. Creating a legally binding target for nature’s recovery is also vital. This would drive private sector investment in natural infrastructure, create green jobs, and ensure that the natural assets our economy relies on are in good condition.’

Green Alliance’s head of green renewal Sam Alivs said: ‘Without a clear net-zero and nature mandate, the bank’s money could in theory go to roads, coal mines or incinerators rather than genuinely green jobs.’

HyNet North West director David Parkin said: ‘We are pleased to hear the Chancellor announce the financial backing to Government’s commitment to a green industrial revolution.  These are important targets which the UK must work to achieve, not just announce.  HyNet North West delivers on our national targets – it will deliver 80% of the Government’s target for hydrogen production; 100% of the target for carbon capture and storage and a hydrogen town, all by 2030.’