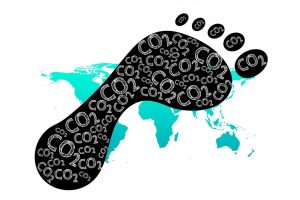 More Government effort should be directed at encouraging the use of public transport, cycling and walking to reduce emissions rather than simply focusing on increased take-up of electric vehicles (EVs) to decarbonise transport, according to a new study.

IPPR analysis of the Climate Change Committee’s Sixth Carbon Budget advice suggests that efforts to decarbonise road transport through the uptake of EVs could actually deliver an 11% increase in car traffic by 2050 and a 28% increase in car ownership  driving vehicle numbers up to around 43.6 million.

It is calling for transport to be decarbonised in line with the net-zero target in a way that encourages greater uptake of public transport, cycling and walking.

The IPPR’s head of Environmental Justice Commission Luke Murphy said: “The urgency of the climate crisis cannot be overstated. Yet little progress has been made in cutting transport emissions over the past three decades. This imperative for urgent action creates a once-in-a-generation opportunity to put in place a new approach to how we all travel.

“The government’s current preferred strategy places an overwhelming focus on the shift to electric vehicles. While superficially attractive because of its offer of continuity, such an approach will not deliver for people or planet. We need to massively expand the provision of and affordability of clean public transport options, such as trains, buses and trams, while helping more people to regularly walk and cycle, alongside a shift to electric vehicles for those that need them.”

Transport is the UK’s highest-emitting sector (29.8% of the total emissions)– and they continue to rise steadily.

The UK believes it can decarbonise all modes of transport and has promised to publish a roadmap outlining how the sector can reach net-zero emissions, most probably prior to COP26, as part of a wider net-zero roadmap encompassing all major sectors.

Earlier this year, the Government announced that the ban on sales of new petrol and diesel cars had been brought forward to 2030, although some plug-in hybrids (PHEVs) and some full hybrids will still able to be sold up until 2035. The IPPR is calling for the ban on these vehicles to be brought forward to 2025 for large commercial fleets and procurement for carbon-emitting vehicles to stop next year.

The IPPR is calling for a reallocation of road space to account for cycling, walking and green space, adding that towns and city centres should aim to be car free by 2030 and local authorities should target at least 30% tree cover for new developments to prevent traffic increases or dependence on car travel.

They have called on the UK Government to guarantee everyone is within a 20 minute cycle ride, walk or public transport trip to access everyday needs and called for the introduction of a ‘help to move scheme’ to provide grants and loans to support people to buy cycles, electric scooters, e-bikes or electric vehicles where they need them.

The IPPR estimates that investment in walking and cycling during this Parliament should be at least £6bn.