Daylight, sunlight and overshadowing and rights of light: What you need to know for planning 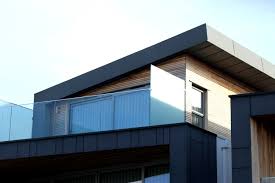 Daylight, sunlight and overshadowing and rights of light consultancy are just two of the many specialist planning reports that we at Syntegra Consulting can carry out for a proposed building.

Architects and developers are often confused about exactly when and why these reports are needed, so we spoke to our sustainable design engineer Florian Cassandro to shed some light on the matter.

Florian explained that it is the differences between the two assessments that tend to cause the most confusion and stated his top three points for developers to remember when it comes to acquiring these reports.

1. This report is a planning issue and needs to be completed before a planning application for a building is submitted to a local authority.
2. It applies just to residential rooms, such as the living room, kitchen and bedrooms, and is not relevant for bathrooms, staircases or corridors.
3. The daylight part of the report assesses light indoors, the sunlight section looks at the windows and the overshadowing part deals with the garden and surrounding areas of a property.

1. This report is a legal issue, rather than a planning one.
2. It can apply to any window in any room of a property, whether they are classed as ‘residential’ areas or not.
3. All structures built from the mid-1990s onwards should already have had their rights of light taken into account.

When do I need the daylight, sunlight and overshadowing report?

Florian recommends that the daylight, sunlight and overshadowing report is obtained at the beginning of a building’s journey, before any other documents are secured, as part of Syntegra Consulting’s Maximise Your Development Value service.

He advises this because delays in construction can be caused if the report is not sought until just before the planning application is submitted and problems crop up.

How does Syntegra conduct rights of light consultancy?

“The daylight, sunlight and overshadowing report is all about the impact that a building will have on its surrounding neighbours,” Florian explained.

To complete this specialist planning report, Syntegra requests drawings from the project architect, looks at local planning websites and analyses plans of surrounding properties to gain an understanding of what type of building they are. For example, there are different regulations surrounding the overshadowing of domestic and commercial properties.

“Once we’ve gathered all of the information that we can, we make two 3D models,” Florian continued.

One of these will portray the existing site, while the other will also feature the proposed building, so that how much daylight and sunlight it will receive and whether or not it will overshadow any of its surroundings can be calculated. This information then forms the basis of the specialist planning report.

When do the rights of light need assessing?

It is also advisable to conduct the rights of light assessment as early as possible. The consequences of leaving this too late include having to compensate neighbours for their loss of light, as well as the project having to come to an end and be torn down.

Florian reassures that these are worst-case scenarios, but to prevent them from becoming reality, a straightforward report can be completed.

This involves Syntegra Consulting looking at the internal layout of a room and where its windows are positioned to weigh up how much light will be entering the space if a proposed building is erected within the vicinity.

Then, two 3D models are produced, one depicting the current situation and the other showing how things would stand if the new building was in position.

On occasion, Syntegra recommends that certain aspects of a building are altered slightly, such as the number of storeys it has, in order to maximise its compliance with rights of light regulations.

What could happen if I don’t check rights of light?

There are several potential consequences if the rules surrounding rights of light are not adhered to.

Florian explained: “Depending on how much light the room is going to lose and the rental value of the property, the developer may have to financially compensate its residents.

“If the developer has no issue with this, all you need is a signature on a legal agreement, but sometimes the problem can escalate to court, where a judge has the power to decide if the compensation sum is fair and whether or not the proposed building can actually go ahead.”

To prevent a project from reaching such a point, it is advisable to invest in a rights of light insurance policy. Developers can purchase this to make sure they are covered financially in case a claim is brought against them regarding another building’s rights of light.

Insurance can help with the cost of providing compensation to a resident and in paying for legal costs surrounding a rights of light case. A policy can also provide financial support in the event of land value decreasing if a judge decides that a construction project has to come to an end.

By getting in touch with one of the Syntegra Consulting team on 0207 788 7861 or at mail@syntegragroup.com early on, delays can be prevented and we can help you to make sure your building project runs as smoothly and efficiently as possible.

By Alan in Consulting 0