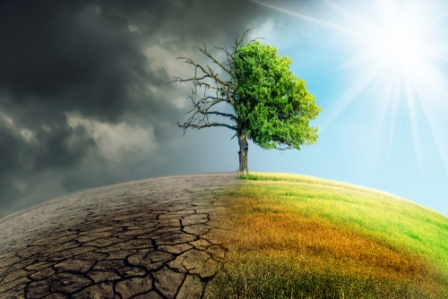 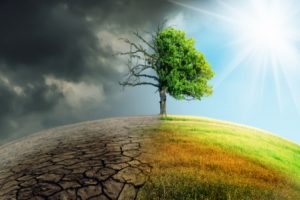 Millions of people around the world held a global climate strike on Friday, inspired by Swedish teenage activist Greta Thunberg.

Protesters took part in what is believed to be the biggest ever demonstration over global warming.

“Our house is on fire”, Ms Thunberg said at a rally. “We will not just stand aside and watch.”

The day began in the Pacific and Asia and culminated in a massive demonstration in New York on the eve of a UN summit on climate change.

Ms Thunberg first started skipping school to protest against inaction on climate change in 2018 and her actions have inspired schoolchildren and adults around the world to support her cause.

In Australia, 350,000 people took part in protests across the country,vwhere warming seas have contributed to the death of half the Great Barrier Reef.

And in the UK, hundreds of thousands are believed to have taken part in cities across all four countries.

“This is the biggest climate strike ever in history, and we all should be so proud of ourselves because we have done this together,” the teenager told demonstrators in New York.

Ms Thunberg said about four million people took part in the strike around the world, “and we’re still counting.”

“This is an emergency. Our house is on fire. And it’s not just the young people’s house, we all live here – it affects all of us,” she told the crowd.

Umer Uzair, Syntegra’s Director Energy & Sustainability, said: ‘Greta Thunberg stormed the world from her pulpit at the UN saying “People are suffering. People are dying. Entire ecosystems are collapsing. We are at the beginning of mass extinction. And all you can talk about is money and fairytales of eternal economic growth. How dare you!”

‘As a business, we are so proud of our work. Our sustainable team helped to reduce 636.05 tonnes of carbon emissions last year.’

At the UN climate summit itself, 65 countries and major sub-national economies such as California committed to cut greenhouse gas emissions to net zero by 2050, while 70 countries announced they will either boost their national action plans by 2020 or have started the process of doing so.

More than 100 business leaders delivered actions to align with the Paris Agreement targets, and speed up the transition to green economy.

Closing the summit, UN Secretary-General António Guterres, in closing the Summit, said: “You have delivered a boost in momentum, cooperation and ambition. But we have a long way to go.

“We need more concrete plans, more ambition from more countries and more businesses. We need all financial institutions, public and private, to choose, once and for all, the green economy.”

Other measures announced during the event included: