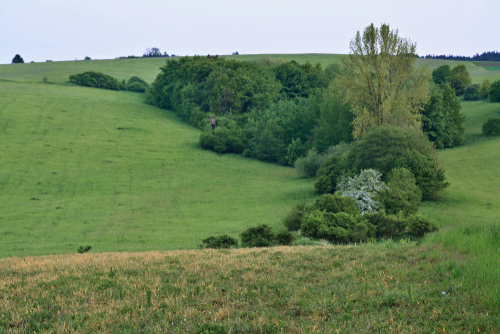 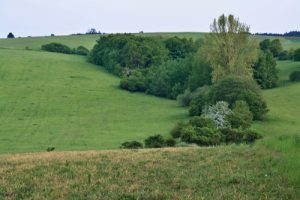 Landowners have been warned of the threat to biodiversity by mismanaging their hedgerows.

She said: ‘Most landowners don’t realise how important hedgerows and tree lines are for bats (and of course other protected species like hedgehogs) and changes to height/density can cause both direct and indirect impacts on the species that are dependent on them, especially for bats as they use these not just for foraging but to navigate across the landscape.

‘I always recommend that clients undertake rotational cutting outside of the nesting bird season (March to mid-September), infill any gaps and aim to maintain heights of at least 3m.’

Her comments follow publication of a study on agri-environment schemes and their effect on bats and their insect prey.

Research showed that keeping some hedgerows  untrimmed for up to 10 years  would ‘enhance bat species richness and insect family diversity.’

The research was published in the Journal of Applied Ecology: Managing hedgerows for nocturnal wildlife: do bats and their insect prey benefit from targeted agri‐environment schemes?https://besjournals.onlinelibrary.wiley.com/doi/abs/10.1111/1365-2664.13412  and a summary appears below:

Hedgerows are an extremely important habitat feature for bats in the UK as they provide food, shelter and valuable landmarks for their orientation. However, little is known about whether changes in the management of hedgerows could make them even more beneficial to bats and their insect prey. For instance, specific agri-environment schemes, designed to promote biodiversity in farmland, have encouraged farmers to trim hedgerows no more than once every three years to enhance populations of the greater horseshoe bat – a species of major conservation concern.

In this study, researchers investigated whether delayed hedgerow trimming affected the activity and diversity of bats and insect prey within farms in Southwest England. Their results showed that the greater horseshoe bat as well as other non targeted species including the lesser horseshoe and long eared bats all benefit from a delayed trimming regime. The abundance of insect prey was also enhanced suggesting that untrimmed hedgerows may harbour more prey. Untrimmed hedgerows also had a more prominent and complex structure than those trimmed yearly, meaning they could be better landmarks for commuting and foraging bats. While the less severe trimming regime prescribed by previous and current AESs in England encourages farmers to trim hedgerows only one year in three, our study largely supports the longer term benefits of non‐trimming on bats and their insect prey. Keeping some hedgerows untrimmed for up to 10 years would enhance bat species richness and insect family diversity. Overall, this study shines a light on the success of targeted agri-environment schemes for promoting some of the most threatened bat species in Western Europe”.