London mayor Sadiq Khan has announced plans to spend £50m on a Green New Deal for London as part of a pledge to make the city carbon neutral by 2030.

“I’m unapologetic at how ambitious my plans are for a Green New Deal for London because we can’t afford not to be ambitious when it comes to saving our planet,” the mayor said in an interview with  the Guardian newspaper ahead of his bid to be re-elected in May.

He said the cash injection would come from higher council tax and business rates and it was an appeal for people who previous supported the Green Party to back him in the election.

Khan insisted May’s election was a “two-horse race” between him and Bailey – and made a direct pitch for green votes.

The mayor has already introduced an ultra-low emissions zone (Ulez) in central London which is due to expand to the north and south circulars in 2021. However, other cities – including Manchester and Birmingham – have announced ambitious plans to improve air quality and encourage cycling, and Khan has been criticised for not moving quickly enough.

But the mayor insisted he was determined to make London a leading green city and said: “These issues are personal to me. I don’t want my children to grow up in a world where our very way of life is threatened by the climate crisis. And as someone who suffers from adult-onset asthma, I understand the price we pay for failing to clean up our toxic air.”

Green groups welcomed the new fund but said the current mayor must go further if he is re-elected in May.

Jenny Bates, campaigner at Friends of the Earth, said the climate and nature crisis was the biggest threat the world faced, and described the air pollution in London as “a health scandal”.

“While the mayor has made good strides on these issues, much more needs to be done to cut emissions from all sectors. This means expanding the Ulez to the whole of London, not just to the north and south circular roads. We also need more infrastructure to make cycling and walking safer and easier for everyone, along with clear action to cut traffic levels which a London-wide pay-as-you-go driving system would help deliver.”

Doug Parr, policy director at Greenpeace, said: “This is a helpful pledge to increase the priority that climate protection receives in a city of global significance such as London.”

City Hall officials said the new fund had not been allocated to specific programmes yet but proposals being considered included making homes energy efficient, creating new green spaces and speeding up the installation of solar panels in the capital. 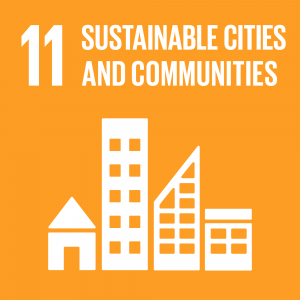 The world’s population is constantly increasing. To accommodate everyone, we need to build modern, sustainable cities. For all of us to survive and prosper, we need new, intelligent urban planning that creates safe, affordable and resilient cities with green and culturally inspiring living conditions.

REDUCE THE ENVIRONMENTAL IMPACT OF CITIES 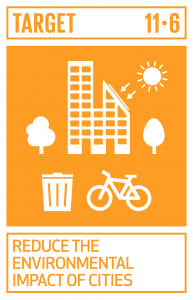 By 2030, reduce the adverse per capita environmental impact of cities, including by paying special attention to air quality and municipal and other waste management.